I love the way this man thinks…

Do you get the feeling VD Hanson never got into spirit cooking?

He is a perfect example of WHY all of our college professors should also be small business owners or farmers.

But the real source of their antipathy is his agenda.

Had Donald Trump in his first month as president declared that he was a centrist Republican —as many suspicious Never Trumpers predicted that he would, true to past form—and promoted cap-and-trade and solar and wind federal subsidies, tabled pipeline construction and abated federal leasing for gas and oil production, stayed in the Iran nuclear deal and Paris Climate Accord, appointed judges in the tradition of John Paul Stevens and David Souter, praised the “responsible” Palestinian leaders, pursued “comprehensive immigration reform” as a euphemism for blanket amnesties, then Trump would be treated largely as a George H.W. Bush or George W. Bush: hated, of course, but not obsessively so.

More importantly, had Trump just collapsed or stagnated the economy, as predicted by the likes of Paul Krugman and Larry Summers, he would now be roundly denounced, but again not so vilified, given his political utility for the Left in 2020 as a perceived Herbert Hoover-esque scapegoat.

Had Trump kept within the media and cultural sidelines by giving interviews to “60 Minutes,” speaking at the White House Correspondents’ Dinner, bringing in a few old Republican hands to run the staff or handle media relations like a David Gergen or Andrew Card, Trump would have been written off as a nice enough dunce.

But Trump did none of that. So, the hatred of the media, the Left, the swamp, and the celebrity industry is predicated more on the successful Trump agenda. He is systematically undoing what Barack Obama wrought, in the manner Obama sought to undo with his eight years the prior eight years of George W. Bush.

But whereas the Obama economy stagnated and his foreign policy was seen by adversaries and rivals as a rare occasion to recalibrate the world order at American’s expense, Trump mostly did not fail—at least not yet. We are currently in an economic boom while most of the world economy abroad is inert. Had the economy just crashed as predicted, the Trump agenda would have been discredited and he would be written off a pitiful fool rather than an existential monster. 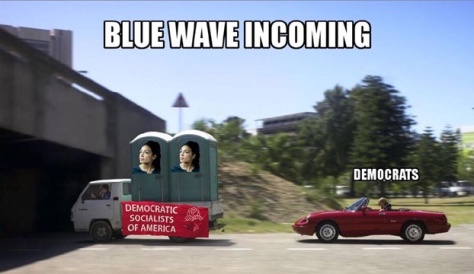 Again, hatred arises at what Trump did even more than what he says or how he says it.

But there is a final asterisk.

What made Obama unpopular with the public—until his last year when he ceded the spotlight to Clinton and Trump and then was liked in absentia the more he was neither seen nor heard—was his wide social, cultural, economic, and political assault on conservatism.

Obama ridiculed the tea-party movement with the obscene “tea-bagger” put-down. He told Latinos to “punish their enemies,” by whom he meant Republicans. His attorney general, Eric Holder, referred to blacks as “my people.” The EPA began making rather than enforcing laws.

Obama sought to promote Iran as a foil to the Gulf monarchies and Israel, an effort that explains much of the otherwise inexplicable Iran deal and Iran’s current adventurism. Rappers visited the White House, some with long histories of obscenity and anti-police rhetoric.

From “Cash-for-Clunkers” to Benghazi, the left-wing effort was 360 degrees, all-encompassing. Conservatives feared Obama was not so much changing politics as “fundamentally transforming America” as he had promised. Obama supporters bragged of a much-hailed new demography that had created a vast new constituency of the lockstep non-white voters supposedly now united not by class, or politics or culture, but by the mere fact of their appearance. 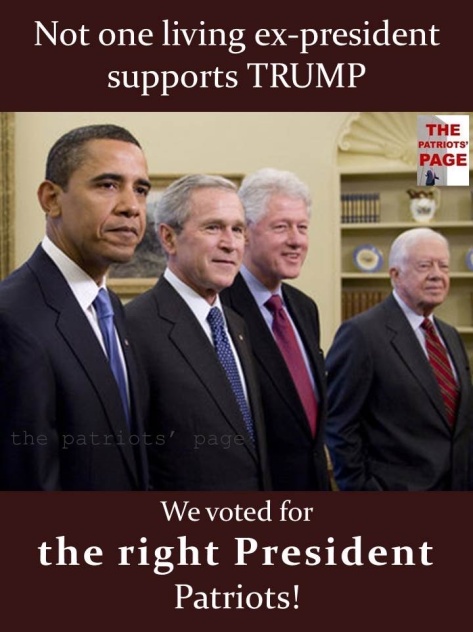 Trump has pushed a far more ambitious agenda, and one that is as conservative as Obama’s was progressive. He apparently had every intention of using the pen-and-phone model bequeathed by Obama to do it any way possible.

But more importantly, Trump’s lidless eyes never sleep. He is a 24/7 force of nature. No controversy is too trivial, too silly, too irrelevant to escape his Twitter commentary. Or rather Trump believes he is an existential war with the media, celebrities, elites of all sorts and the general status quo, or what we might call the American progressive project and its elite coastal architects.

Trump senses that the more he offends them, and the more so they pronounce him a dunce, a nut, a boor, a criminal, an ogre, then all the more they reveal what many had suspected about them but had no hard evidence to substantiate those suspicions. Trump believes his checkered social life is now transparent and serves as a sort of armor when he jousts with the sober and judicious whose pretense of civility is ripped away leaving them hypocritical when they foam, swear, and damn the current president.

Media bias? The hatred for Trump manifests itself in 90 percent negative coverage, according to reputable media watchdogs.

Trump’s war with the Colin Kaepernick take-a-knee fad and the NBA-China nexus reminds us that hypocritical multimillionaires who grow rich throwing, catching, and bouncing balls are not by that fact to be looked up to as either moral or wise, but mostly remain clueless and hypocritical.

The bipartisan Washington establishment? If an outsider Manhattan wheeler-dealer without military or political experience can at last call an appeased China to account, can avoid a Libyan fiasco, can acknowledge that America is tired of a 18-year slog in Afghanistan when others would not, or believes ISIS thrived as a result of prior arcane restrictive U.S. rules of engagement—and he is proven largely right—then what does that say about the credentialed experts who dreamed up the bipartisan conventional wisdom that with a few more concessions China would eventually become Palo Alto or that Libya would bloom at the heart of the Arab Spring?

The Left detests Trump for a lot of reasons besides winning the 2016 election and aborting the progressive project. But mostly they hate his guts because he is trying and often succeeding to restore a conservative America at a time when his opponents thought that the mere idea was not just impossible but unhinged.

And that is absolutely unforgivable.”

Do you get the feeling VD Hanson never got into spirit cooking? He is a perfect example of WHY all of our college professors should also be small business owners or farmers. Read the whole thing HERE: https://t.co/TinejdmE7F pic.twitter.com/W1ONcIX2iU

More importantly, had Trump just collapsed or stagnated the economy, as predicted by the likes of Paul Krugman and Larry Summers, he would now be roundly denounced, but again not so vilified, given his political utility for the Left in 2020 https://t.co/TinejdmE7F

Why Do They Hate Him So? – American Greatness – QUOTE: But the real source of their antipathy is his agenda. 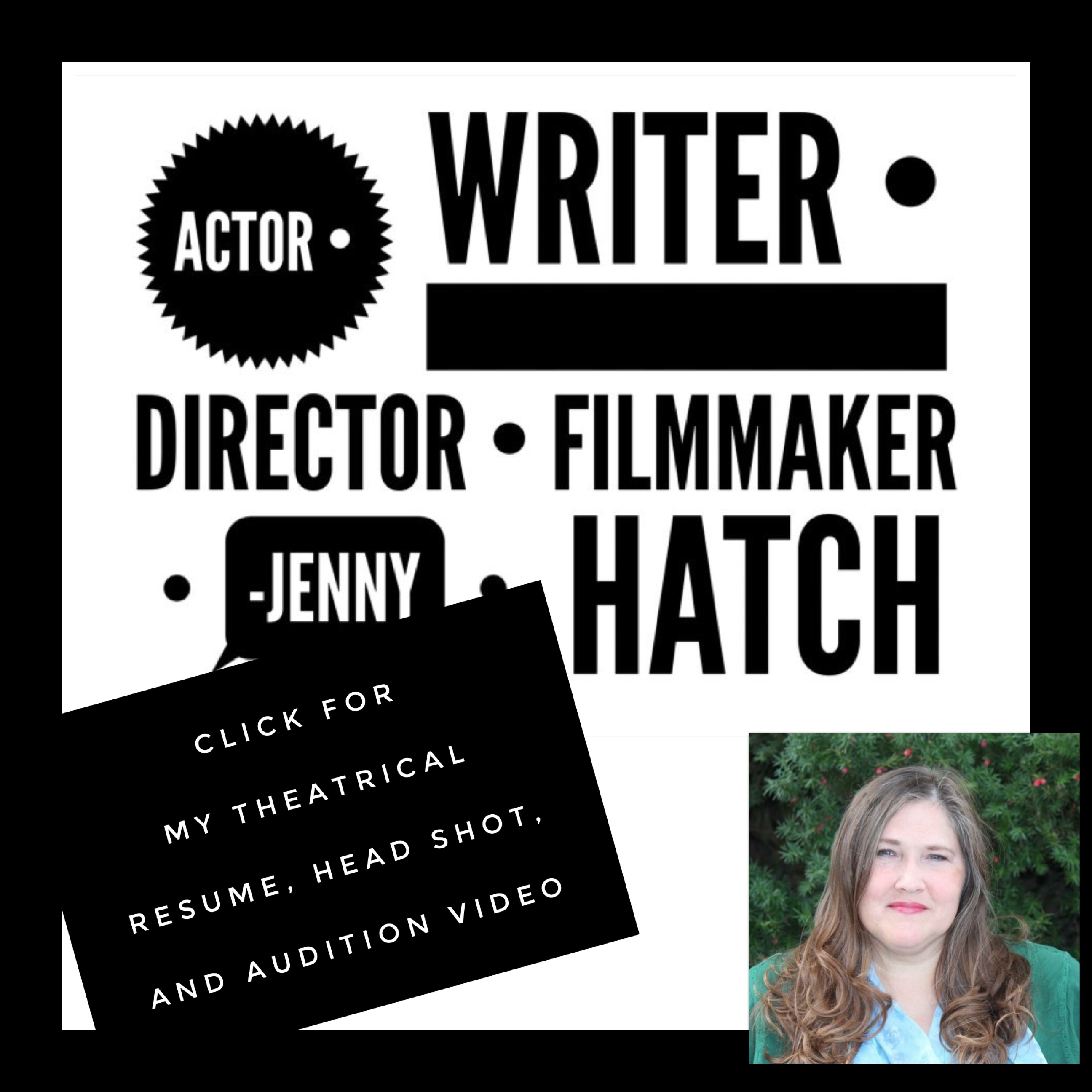